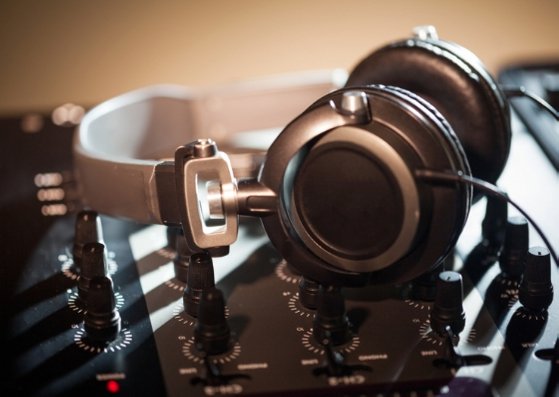 It’s a Friday night in April 2018 and 60 people are gathered in a vacant, repurposed retail unit in South London, tastefully draped with fairy lights hanging between exposed steelworks and rough concrete fixings. It’s an appropriately authentic setting for our DJ Ministry launch party; a ministry that promises to be as raw, real and redemptive as the space where it’s beginning. We watch, listen, pray and then celebrate together, knowing we’re beginning a journey into the unchartered waters of the nightlife scene and eagerly anticipating the wonders of an awesome God in the year to come.

A year has passed and true to form, our Father God has not disappointed. His plan for the people of this vast and influential industry continues to reveal itself through love, compassion and unity in ever evolving methods and circumstances. The constant reminder, in the midst of a non-linear pioneer ministry, is that we are involved in something that is His idea, first and foremost. As 1 Corinthian 1.9 states: “God is faithful (reliable, trustworthy, and therefore ever true to His promise, and He can be depended on); by Him you were called into companionship and participation with His Son, Jesus Christ Our Lord.” The privilege of participation in Jesus’s plan through communion with Him, has been both the necessary perspective and the relational requirement that fuels, protects and inspires this unique mission into the nightlife industry. Without Him, this makes no sense at all.

God’s timing for our inception, it seemed, was a precise as ever. Within days of the DJ Ministry launch, the music industry was stunned by the tragic passing of one of its brightest stars. A young man named Tim Bergling (Avicii) took his own life after a tumultuous and exhaustingly successful career placed unprecedented strain on a uniquely gifted mind. In response to such untimely events, the industry suddenly opened the floodgates to a fresh conversation around mental health and the need for change in the scene. Pete Tong announced the need for “healing” in the industry, charities such as Music Minds Matter and Help Musicians upped their profile, many other artists emerged to share their stories. We found ourselves plunged into the midst of a movement greater than we expected and the need for prayer and spiritual input multiplied overnight.

Conversations began to happen between us and some of the charities as we discussed the possibilities of providing spiritual support and a model of chaplaincy to the music industry. I took some time for formal study as we debated how to legitimately interact and meet the needs of a culture notoriously lacking in Christian input. Foundational work was put in place through research and relationships as well as attending conferences where the labels, the influencers and the management execs thrashed out the problems and brought to light the struggles. A well-established artist made an impassioned plea for someone to “fill the gap between artist and management” for the sake of wellbeing alongside others who lamented the absence of protection from the corporate pressures in the creative industries. We prayed, pushed the doors and waited for timing to manifest God’s strategy.

Whilst all this happened, we watched Him grow and establish healthy community and dialogue between believers from all facets of the nightlife scene who were prepared to pray and believe Him for the change we wanted to see. During the course of the year, the DJ Unity group swelled in number and birthed new initiatives, collaborations and missional relationships involving not just nightclub DJ’s but also MC’s, producers, promoters, label bosses, church leaders and radio presenters. This desire for community has manifested itself all over the country this year as meetings in Scotland, the Midlands and the South West of England were established. The geographical boundaries of these DJ communities continued to expand as we formed relationships with individuals and groups in Mexico, USA, Europe and South America. God’s plan for the industry was never going to revolve around one individual and one ministry. Instead, He was busy establishing, encouraging and planting hundreds of global missionaries into this arena.

We’ve witnessed creative collaborations, the rise of DJ led corporate worship and a journey to Ibiza to pray, support and participate in the ministries of the island. We’ve seen a unified Christian DJ presence hosting stages at music festivals, regular prayer groups forming and a continued desire to meet as a community to worship and network. We’ve seen individuals baptised and planted in churches, others grow in faith and intimacy with God and even more find family, friendship and support. Some of us released music, others built sound systems and one individual even purchased a van for the purposes of God. Together we’ve stepped outside the four walls and into the clubs, festivals and bars, praying for the sick, sharing God’s love and speaking truth into the lives of those who don’t know Jesus. There have been opportunities to share testimonies on the radio waves and circulate visions in the media outlets. And we’ve dreamed, marveled, mourned and laughed a lot along the way too. As one DJ Unity member succinctly put it, “it’s been a bit of a crazy year.” I couldn’t agree more. One year ago, prayer, prophecies and dancing feet echoed around an unloved and uncared for space. Since then we’ve seen God do something similar in an industry that seemed without value, without hope and abandoned to ruin. Just like on that night, the nightlife space is beginning to echo to the sound of unity, purpose and the unconditional love of God, all to the tune of great music and grateful feet. This next year is already gathering momentum for us and as recent reports break of another high-profile star resorting to suicide and the madness of the summer season looms, we know God is urgently spurring us on into the greater depths of His plan and purpose for the people of this merciless machine. Even if it’s all for the one, He whispers to me, it would be worth it. So, we drop the needle on another twelve months, listening close to His song and beatmatching the throb of this nightlife mission to the pulse of His heart, believing His love and His grace are the sounds that so many need to hear in this coming year.