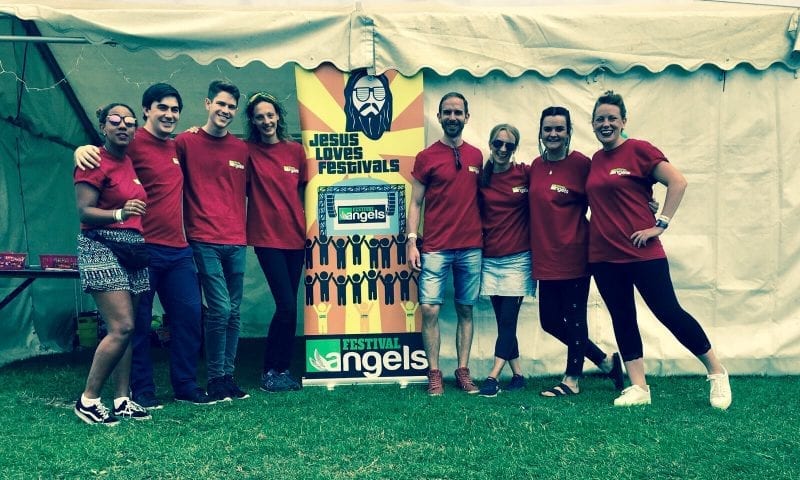 The UK summer festival season has drawn to a close. Throughout the country many of us would have braved the elements, the facilities and the hugely expensive food to witness our favourite bands and artists make memories for us in the fields of festivals both big and small. At Third Space we’ve had the opportunity to be involved with three very different festivals and in very different capacities, in all cases convinced however, that God really does love those who go to festivals and equally convinced that He sends us there to demonstrate and experience it.

The end of June heralded the arrival of the FormFest music festival in the centre of Leicester. Built around a one-day, one-venue, multi-stage structure, the DJ Unity team had been offered a space to gather and worship together. Although organised by a Christian artist, FormFest is most certainly not a Christian festival and the excitement at being allowed access to its inner workings had mounted over the weeks preceding. Grouped together on the day, a team of 15 of us prayed as the party rumbled around us and then hit the lights as the first track dropped and we closed our eyes in worship. Our two allotted hours went quickly but no one was leaving without seeing what God was up to. As we closed off the stage, bold believers stepped out and prayed for ravers, staff and food business owners. One member of the group wandered from group to group, handing out watermelon and blessing people. I looked around and witnessed two of the team praying for a man who had fibromyalgia. He laughed as they hands laid upon him but spoke afterwards of the warmth and peace he felt as they prayed. We danced and prayed over the crowd, speaking joy and protection, helping those who needed assistance and looking to God for opportunities to share His love. Like so many times before, music had been the vehicle that allowed us into the heart of an unreached community and we prayed to see people through His eyes, through His love, through His grace as we raised our hands in praise over the basslines.

The dust settled throughout July and then the start of August saw the Eastern Electrics festival roll into Morden Park in London. Hosting 30,000 revellers over two days it is, by no means, a small scale setup for a city festival. That number of people flocking past TSM HQ demanded a response and so, putting our heads together with Morden Baptist Church and Festival Angels, we hatched a plan.

The previous year we had arranged for drinks and lollies to be handed out to festival goers outside the church whilst DJ’s from the Unity group spun summery soundtracks in the background and prayer was offered to young people on route to the queues. It was a model that provoked a curious, grateful response from a community unused to a non-judgemental Christian presence, successfully challenging the divide between church and culture and providing a bridge for authentic connection and prayer. This year the motive, model and heart were the same although unfortunately, we were slightly hampered by a diversion that sent people a different route to the festival. Undeterred, volunteers picked up ice buckets of fizzy drinks and marched off in the direction of the crowds, handing out refreshments to thirsty, puzzled and ultimately grateful individuals. One girl told us that people “like you aren’t real. You’re angels, sent from heaven.” Many were surprised we were from the local church, looking quizzically at the church building in the distance and then shrugging their shoulders and moving on. There were small moments of connection, chances to encourage people as volunteers offered face painting, a listening ear and Maoam. Much like last year, it was a healing and hopeful time as we watched God lift people’s eyes to see a church that simply loves, blesses and doesn’t look to condemn or judge.

Meanwhile, a different group of volunteers had installed themselves within the EE festival walls under the guise of Festival Angels. Clad in high vis and carrying kit bags, the Festival Angels roamed the rapidly bulging site, looking for those in need of assistance, practical help and medical attention. We chatted and encouraged the security staff, first aid teams and litter pickers and prayed as we circumnavigated the site, listening to the Holy Spirit over the thunder of the bass.

Eastern Electrics is a responsibly organised event with effective security protocols and a positive atmosphere. There are inevitably going to be complications when large crowds gather however, and we were able to assist the medical team with situations that required a safe space for people who needed reassurance, care and support.

Aside from practical help, the other reason we were there was to confront the reality that people are hungry. Hungry for God, hungry for His word, hungry for His answers even if they don’t realise it. The gospels we had on offer were devoured and gone without question. Conversations with curious passers-by developed into prayer and connection. One man vomited his last pint onto the grass outside the tent and then, apparently feeling much better, proceeded to tell me how grateful he was for the work we did and how humbling it was that we would give up our time to help people like him. He took a gospel and wandered off into the night. Next day, I felt a tap on my shoulder and turned to find the same man who had now brought his friend over to introduce him to us. These guys do great work, he told him as he gave me a hug and helped himself to the sweet bowl.

The weekend came to an end peacefully and with many stories of seeds sown, help provided and people unconditionally loved. We briefly rested before the following Friday presented an entirely new scene. The DJ Unity group set up camp at KingsStock, a Christian festival in the heart of rural Bedfordshire. A far cry from the relative madness of Eastern Electrics and FormFest, KingsStock represents a retreat, a rest, a time to connect, breathe and build on relationships in a beautiful, tranquil backdrop of great music and a dreamy atmosphere. We played and worshipped with creative enthusiasm, challenging conventional expressions of praise and adoration until the stormy weather forced us to pack down and gather together over coffee and ice cream, dreaming of projects, laughing over memories and thanking God for all He is doing in the festival scene.

It’s certainly been a busy, diverse and challenging season but as the summer fades, the nights draw in, the stages are dismantled, the sound systems are stored away and festival season grinds to a halt, we’re excited and stirred to see the doors God will open next year and the lives that will be touched by His unconditional grace and unfathomable love in the noisy, muddy festival fields of the UK and beyond.